My feet, mounted in Cressi fins dangle over the edge of the boat, while I scan the blue for movement, desperate for any sighting of the creature that has lured us to the remote and rugged Mafia Island, 95 miles off the coast of Dar es Salaam. “There!” yells the spotter, pointing ahead. The boat accelerates and delivers us to a colossal gaping mouth breaching the water’s surface and shark fins, constantly emerging from the surface, giving a misleadingly small impression of the fish’s overwhelming size.

“Go! Go! Go! Now!” the spotter commands. The six of us slither off the boat’s platform into the chill of the turgid gray-green waters of the Indian Ocean. For a moment I don’t see anything, except bubbles and turquoise, then a mouth, wide enough to swallow a human whole, emerges from the blue, agape and headed straight at me. I scramble to get out of the way and the whale shark alters course gliding gracefully past with massive flaring gill slits and an enormous dinosaur-like tail fin, rhythmically swaying in the luminescent surface water.

Relatively little is known about whale sharks. What we do know is that they are the largest fish in existence, weighing as much as 20 tons, and growing to more than 14 meters (45 feet) in length. The whale shark is named not only for its enormous size but also its diet. Like whales, they are filter feeders. They swim with their mouths hanging open, closing it to create suction, while they direct huge volumes of water across 20 fleshy sieve-like structures in their throats. As the water escapes through the gills, the spongy filter pads catch fish eggs and billions of microscopic zooplankton.

The whale shark sinks elusively into the pelagic obscurity from which it had emerged, and despite being winded from the swim on the surface, I draw a big breath in and free-dive down toward the hulking silhouette. I approach the mid-section of the majestic fish listlessly swimming along, and feel dwarfed by his size. The fish’s beauty is memorizing. An abundance of splattered white spots and faint black stripes decorates its charcoal skin like hazy clusters in the evening sky.

I kick hard and fast to keep up pace, in efforts not to wind up in the perilous path of the tail fin. Like a shark, the whale shark has cartilage rather than bone for a skeleton, which makes for an exceptionally strong and flexible tail fin, so massive that it can inadvertently slap a human like a fly swatter a fly.

I make my way towards the broad flattened head of the elusive creature, with the world of sky and air afar, and aim the camera at one of the protruding black eyes. Suddenly the ‘gentile giant’ stops and I notice him gazing at me fondly. I feel a thrill of awe for it’s just him and I, paused on the edge of a huge ocean.

He remains still as I film him, paving the way for me, and eventually the rest of the world, to drop in on his life, to experience it, rather than remaining on the surface looking in. For that moment time stopped; sound was muted and I was left with an overwhelming feeling of tranquility. 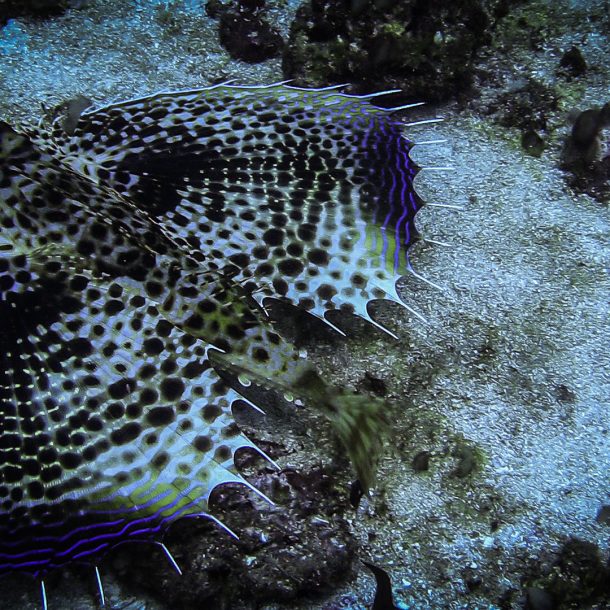 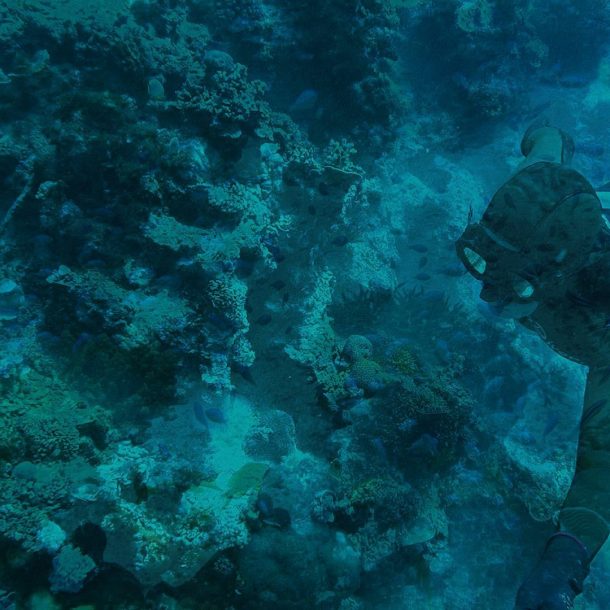 Emerging: A Freediving Exploration
Next Article
Stay in the know