I freedived to 70 meters (230 ft) today, a depth I have yet to confront for a long time. Was it the easiest dive? No. Was it manageable? Yes, most definitely.

I’ve been avoiding / denying this depth for 2-1/2 years now, it defeated me in the other two times I’ve attempted it.

The first attempt was Dec. 23, 2015 where I crashed into the reef at 70 meters. I couldn’t manage to get to the ball because it was lying on the reef and there were corals were in the way. So after trying for a bit (lol I know crazy), I then turned to go up but my lanyard which was attached to my ankle, got caught on my weight belt as I had to bend my legs to turn (I was literally on top of the reef) and so I went up with one leg bent for half of the ascent until I figured out what was going on. Keep in mind all this with no mask plug probably a bit of narcosis. I really didn’t think I would make it back to the surface unescorted that is with so much time lost at the bottom and so much stress / anxiety. But I did, and with my own power. Had a small samba on the surface but no blackout.
I’ve been stuck at the 70 meter mark since.
But after all this time, I feel that any depth I get stopped at, no matter how much I fear it, despise it or even how unpleasant it is, can be turned into a source of power when it’s finally confronted.
I set the line today, and was tempted to put it at 69 instead of 70. But I put it at 70. I knew if I didn’t, I’d be failing to confront once again the 70 meters, only giving even more power and influence to it.
For those who know me, know that I’d blame my 70 meter block on every excuse in the book; hypoxia (“I just can’t hold my breath that long”) narcosis, health stuff, weighting, my coach lol etc, the list goes on.
But at the end of the day I know it was just fear holding me back. And when I denied / avoided / made excuses for not confronting the 70 meter depth – I realize now (only after) I actually was fearing the fear, which is why I didn’t want to attempt it so that I didn’t even have to admit that the fear existed.
Today, it was time that I finally force myself to face the depth, which had grown to be big nasty mental block. The only way around the 70 mark would be to feel the fear and do it anyway. I had to force myself to deal with this thing that must be dealt with and confront the dive head on.
Nothing is gained by living in fear.
Was it uncomfortable? Yes. Was it difficult? Yes. But my life, my goals and dreams are worth the pain and effort. Today is an epic day, I stopped hiding behind my fears and took action. I just had to make the commitment to do whatever it takes, and the strength and courage finally came.
Confront the obstacles in your life, accept them and live them for all they are worth. ✨✨✨ 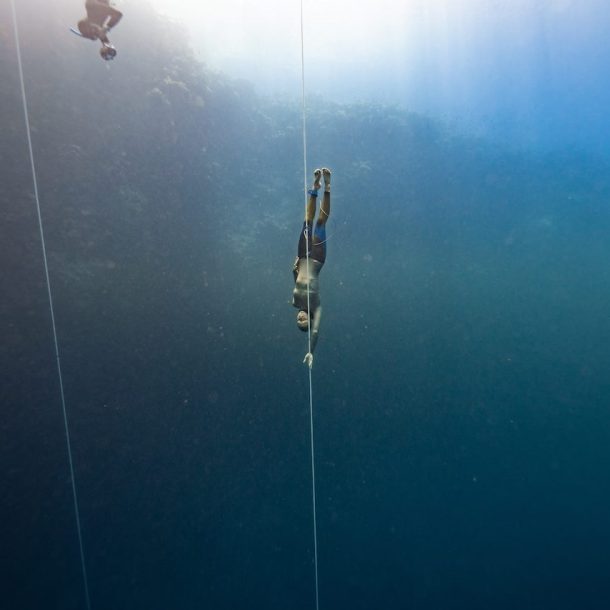 Getting to Know Myself
Previous Article 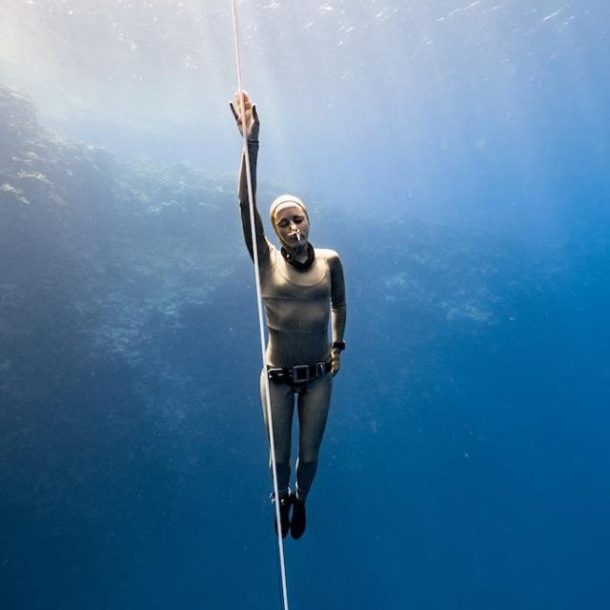 Second Time Around
Next Article
Stay in the know