I felt super ready for my -65 meter FIM dive after a proper stretching sesh last night (10 empty lung + reverse packs laying face down with chest on mini yoga ball, plus chest / lung stretching with the bridge doing very slow pursed lip breathing, 5+ full breaths to the belly, 5+ to the ribs, 5+ to the chest, 5+ complete breaths).

Then this morning, waking up and right away doing 3 static breath-holds (just between 2:30 and 3:00 so not super long), followed by 20 min meditation, 5 mouthfill dry training, 10 uddiyana bandhas plus some overall stretching!

So after all the preparation stuff and resting a lot yesterday, that’s why today I wasn’t taking ‘no’ for an answer!! lol 😛

So after I did my two warm-up dives (hangs), then I went on the -65m FIM dive, but my depth alarm was accidentally set at -50m instead of -60m

so I turned early because I thought maybe the line was set wrong, because usually I arrive at the ball 5 seconds after the depth alarm, but this time I didn’t and when I looked for the ball it was super far away!

So I turned at like -60 meters, like totally confused as to what was going on with the ball and my alarms lol

But I wasn’t ready to give up just yet! Rafael did some dives, and I rested-up to give it another go…

Headed down for the -65 meter dive again, everything was pretty good, this time I decided to do more pulls after my mouthfill so that I can have a faster free-fall. That worked great and I got to the bottom just fine, no pressure on the chest which is great.

Coming up though, now that’s a different story! Omg I did not expect such a challenge!

Arms were lactic AF right from the start of the ascent and getting more and more lactic with every pull. I was trying my best to pull and then glide, but the glide was just non-existent. Not sure if that’s because I had too many weights on (I don’t think so but that’s kind of how it felt), maybe because there was a heavy neckweight in the buoy, or if the arms were just so full of CO2 from the first deep dive so my technique wasn’t very good so therefore no glide. Not really sure!

Of course, due to the physical challenge coming up on the dive, it took quite a lot more effort to keep the mind relaxed and focused, and not go into a massive anxiety attack! So the mental aspect was quite challenging as well!

Anyway, I managed to keep it together and arrive to the surface. I thought I had an LMC, but strange after looking at the video there was no shaking, I guess it was all in my head! I did have to take some proper 6 or 7 hook breaths to recover from the dive and was fine after a few minutes.

So yes, looking back, it was def not wise to do a -65 meter dive after a -60 meter dive, at least not for me (I know some freedivers can do this no prob, but I suppose it’s just too much for me atm).

I think there was too much CO2 in the body and too much stress from the first dive, and who knows what else, if there was still some fluid in the lungs. Idk, but lesson learned!

Plan is to take a rest day tomorrow and repeat the -65 meter dive after that. I’ve already done -65 meters a few times this training season, but would really like to get it super nice, everything perfect before going deeper

Hi Renee,
Nice! 10 uddiyana bandhas. Still trying to get better at mine.
Awesome share. Do you think a longer break between your Dives would have made the second dive to 65m easier on you? Nice to hear you completed your mission Superwoman with minor difficulties. 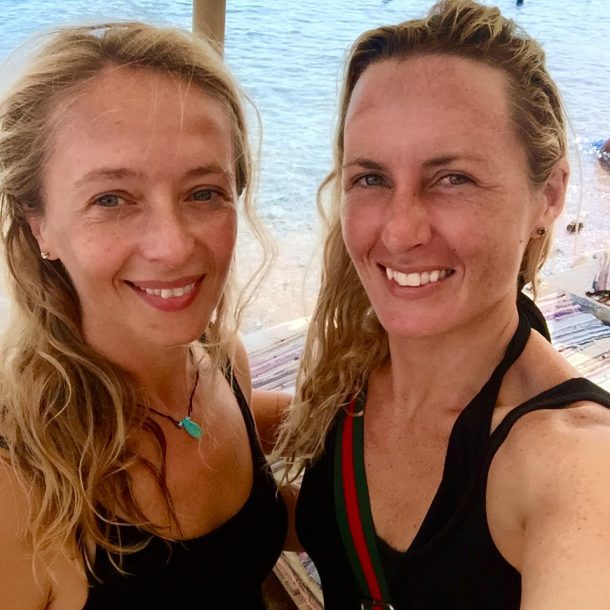 Working on Dive Time
Next Article
Stay in the know