Landing on Pemba Island feels as though we’ve been catapulted backward in time. Apart from the occasional new model vehicle, it could easily be the 1960’s. Retro architecture juxtaposes the Arabic mosques and traditional African style. As we leave the main town of Chake Chake, driving along dull, hilly roads, the fragrance of cloves and banana leaves saturate the air, and relax us. 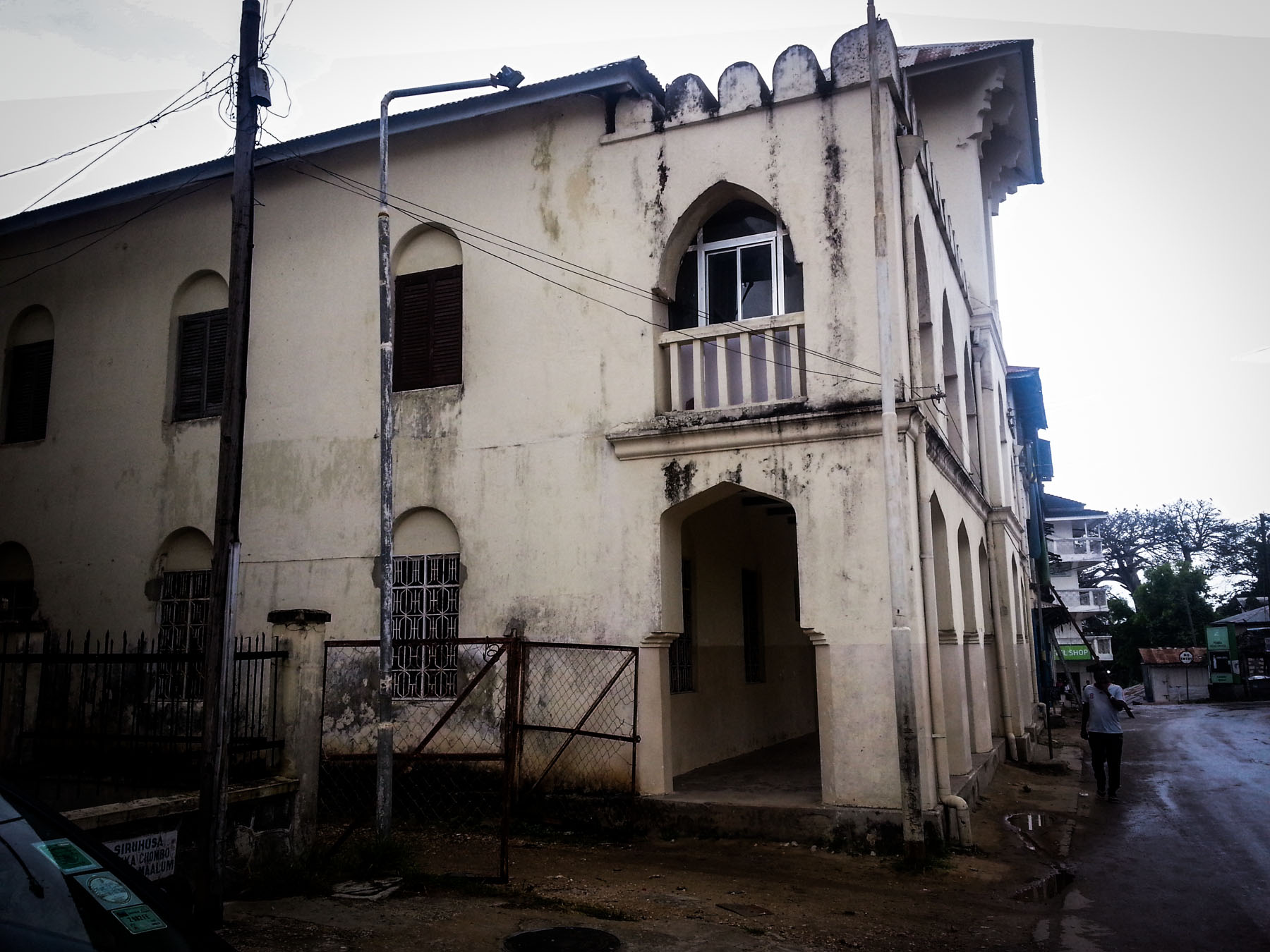 We look away from the bends in the road and gaze into the passing, sweet smiling, village scenes. The Pembans are out and about in their best outfits, we feel the air of the day vibrating with excitement. The men are decorated in stark white robes, and topped with white caps of silver embroidery. Women are wrapped, head to toe, in eccentric colors and textiles of joy. Despite the occasional sleepy man seated beneath the shade of a baobab, most people are socializing, creating colorful groups of laughs and smiles. Children frolic and contend innocently, while elders get confided in, lending their clever influence.

Eddie, our driver, is in no hurry at all. He grins and gleefully waves hello to every passing person on a bike, in a car or walking along the side of the road, clearly in the spirit of Friday afternoon. We push through multitudes of condensed homesteads, gliding alongside moldering walls of buildings, just narrowly missing children and squawking chickens and continue through flourishing fields of cultivated cassava and sweet potatoes, gifted with trembling rich soil. We gain stares of humble happiness from anonymous locals, their quiet existence, inquisitive about their solitary guests. The austere way of life, which graced the peaceful landscape, lived in each look, brightening the scene.

A primeval forest of steadfast trees salutes us, enclosing on the already too narrow dirt road. Branches scrape both sides of the vehicle, while the potholed ground tears at the underside. Eddie taps the car horn before every slender turn, in hopes that anyone coming from the other direction will have the same courtesy.

After a sudden right turn, the view of the glassy sea peaks from a gap in the vegetation, glittering in pure aquamarine, vanishing before we’re finished admiring it. We soon arrive at what appears to be at dead-end turn around, surrounded by a stinted, dry woodland. We wonder if Eddie had taken a wrong turn, but he shuts off the engine and slithers out of the driver’s seat, landing steadily on the earth ground of a parking lot, a parking lot without cars or gate to hinder unwelcomed company.

The three of us trod down a jagged stone footpath, draped in luggage, hauling unrelenting suitcases. Following a long day of ungentle hours, we are finally delivered to our destination. The lodge isn’t luxurious, in the conventional sense of the word, with muted, airy interiors, topped with dusty, mikutu roofs. However, if relaxation is a luxury, then the resort is luxurious.

There is a handful of other guests, jovial and untroubled from their usual responsibilities. The Pemban staff are tranquil, rustling in the shadows of a world where time ticks slowly. We take a seat on the wooden deck, alongside the sea, forgetting everything, as we watch the sun fall asleep behind the splashing sea.

This post is really interesting. I have bookmarked it. Do you allow
guest posting on your website ? I can write high quality articles for
you. Let me know.

Caught in a Metamorphosis
Next Article
Stay in the know