A Master of Disguise

A lovely, incognito flounder fish in the coastal waters of Bongoyo Island in Dar es Salaam, in about eight feet deep water and within 20-30 feet from swimmers.

As you can see in the video and photos, the flounder has both eyes on the same side of the head. Initially the flounder is born with eyes on opposite sides of his head, but as the fish matured, one eye moved, migrating from one side of the head to the other. This is what gives him his flat shape that allows him to hide so well. There are “right-eyed” and “left-eyed” flounders, depending on which side of the head the eye migrates to. This guy appears to be a left-eyed “Leopard Flounder’.

It’s incredible how camouflaged the flounder is to blend-in perfectly with his silty surrounding. Two yellow markings can be seen on the tail end of this flounder, which act as a form of mimicry in order to draw a predator’s attention away from the most vulnerable body parts.

Flounders are carnivorous and predatory, so he hides on the sea floor with his eyes peaking out, waiting for potential prey, which, once spotted, the flounder will ambushes with sudden speed. The secretive nature and good camouflage make flounders rarely spotted by predators but when they’re spotted and chased, flounders will shuffle sand up in the face of a predator to disguise their location and direction. Very cool!

The Experience of Night Diving 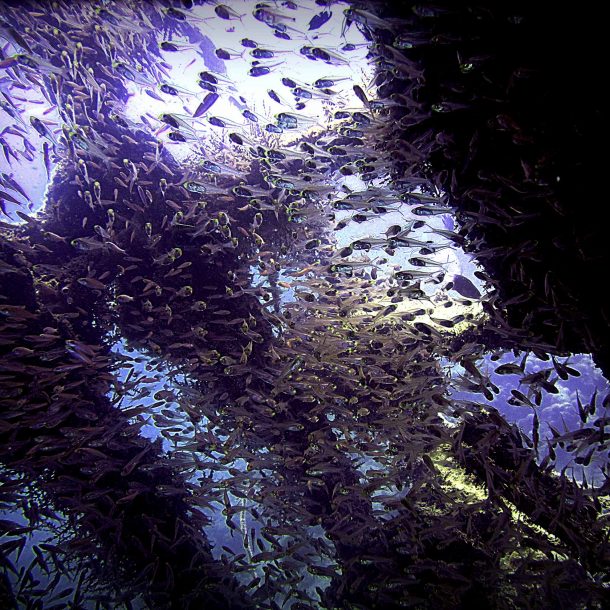 Shipwreck Freediving
Next Article
Stay in the know